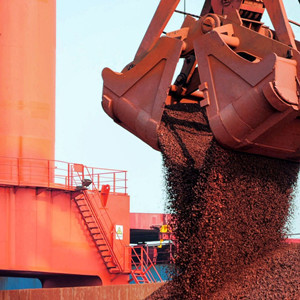 Prices for iron ore have more than doubled in 2020, putting the steelmaking raw material on track to be the top-performing major commodity globally for a second straight year as speculative money floods in and Chinese demand holds firm.

Steelmakers in China, the world’s biggest producer of the metal, and the operator of its flagship iron ore futures contract have called for a probe into what they say is an “abnormal” price rally that has eroded their margins.

The most active iron ore futures on the Dalian Commodity Exchange have gained 37.8% this quarter and 21.5% in December alone. They were up 123% year-to-date as of Dec. 18, while Platts’ CFR China 62% iron ore index has climbed more than 72%.

Below are key milestones in the recent rally and steps taken to try to calm the market.

Dec. 9: Goldman Sachs raises its iron ore price forecast for 2021 to $120 per tonne from $90, citing strong Chinese steel production and recovering demand in the West. These sentiments are echoed by Australian miner Fortescue Metals Group.

CISA holds a symposium with major steelmakers in China, who call on regulators to investigate the spike in iron ore prices and crack down on any wrongdoing.

Dec. 14: China’s market regulator publishes new standards for steel scrap, giving mills greater access to an alternative raw material to iron ore even after a ban on solid waste imports from end-2020. The new standards were developed in just a year, versus the usual processing time of several years.

Dec. 16: CISA holds a video call with Rio Tinto after learning the miner has been making continuous high-price iron ore transactions. Rio Tinto says it is willing to work with consumers to review the iron ore pricing mechanism.

Dec. 21: Iron ore futures soared nearly 10% to a record high of 1,147 yuan ($175.14) per tonne following a landslide at a mine operated by Vale, although the company claimed no impact on its output and sales.

The DCE said it would further limit open positions for all iron ore futures contracts to 2,000 lots from Dec. 22. It also proposed cutting some iron ore trading position limits by more than half.

(By Min Zhang and Tom Daly; Editing by Jason Neely and Edwina Gibbs)

Can I help you?

We will serve you